Why focus on inclusive design?

After I left university, I got a job designing street furniture — which I’d never really thought about before. One of my first projects was to design a range that was compliant with the Disability Discrimination Act, which had just come into force in the UK. I was trying to meet these requirements, and I was really frustrated about not understanding where they had come from. When you’re trying to design something and you can’t do it exactly the way they’ve drawn it, you want to know what the next best thing is. And when all you’ve got is a requirement, you don’t really have that information. I wanted to know what it was about this requirement that people actually need, and can we do it better?

So how can we do it better?

I had an opportunity to do a research project at the Helen Hamlyn Centre for Design at the Royal College of Art, which involved following nine people with sight loss as they made unaccompanied journeys around the streets. They provided a running commentary on where we were and how they were feeling, and the whole journey was videoed and subsequently analyzed. Even just from that, I realized there were so many things that we could do differently in the way we put streets together — from the way we design roadworks to the use of tactile paving — that would make life easier for disabled people without necessarily making things more difficult for anyone else.

There’s a lot of stuff that I think is really important, but other people don’t view as evidence. Particularly in engineering, people want to use quantitative methods, so you end up doing simulations with large quantities of people, or surveys involving large quantities of people. But if you want to get insights that you can actually base a design on, that’s not a very useful methodology. If you record a video of someone doing something in the public realm, on the other hand, that is an extremely powerful way of understanding what they need.

You have written critically about shared-space schemes, which are designed to remove many of the features that separate pedestrians and traffic. Do modern attempts at “placemaking” often overlook the needs of disabled citizens?

There’s a tendency to take quite a broad-brush approach in urban design, when what actually makes good places is good detailed design. For example, people talk a lot about street furniture and signage as clutter, but it’s meaningless. Some stuff is clutter, some stuff isn’t.

You have to understand how each element affects different people — so for example, guardrails can be really important for helping people with sight loss to find crossing points. Now in recent years, one of the first things that places have done to improve their public realm is to get rid of guardrails. They’ve often had very good reasons but they haven’t necessarily understood all of the consequences. And they’ve ended up making life more difficult for a certain set of people.

We’re currently building an accessibility tool for the City of London, and we’re going to shadow 52 people. The idea is to break the street down into specific features, so we can get a proper understanding of how those elements affect different people, and ultimately feed this information into a matrix that can be used in the City’s planning decisions. 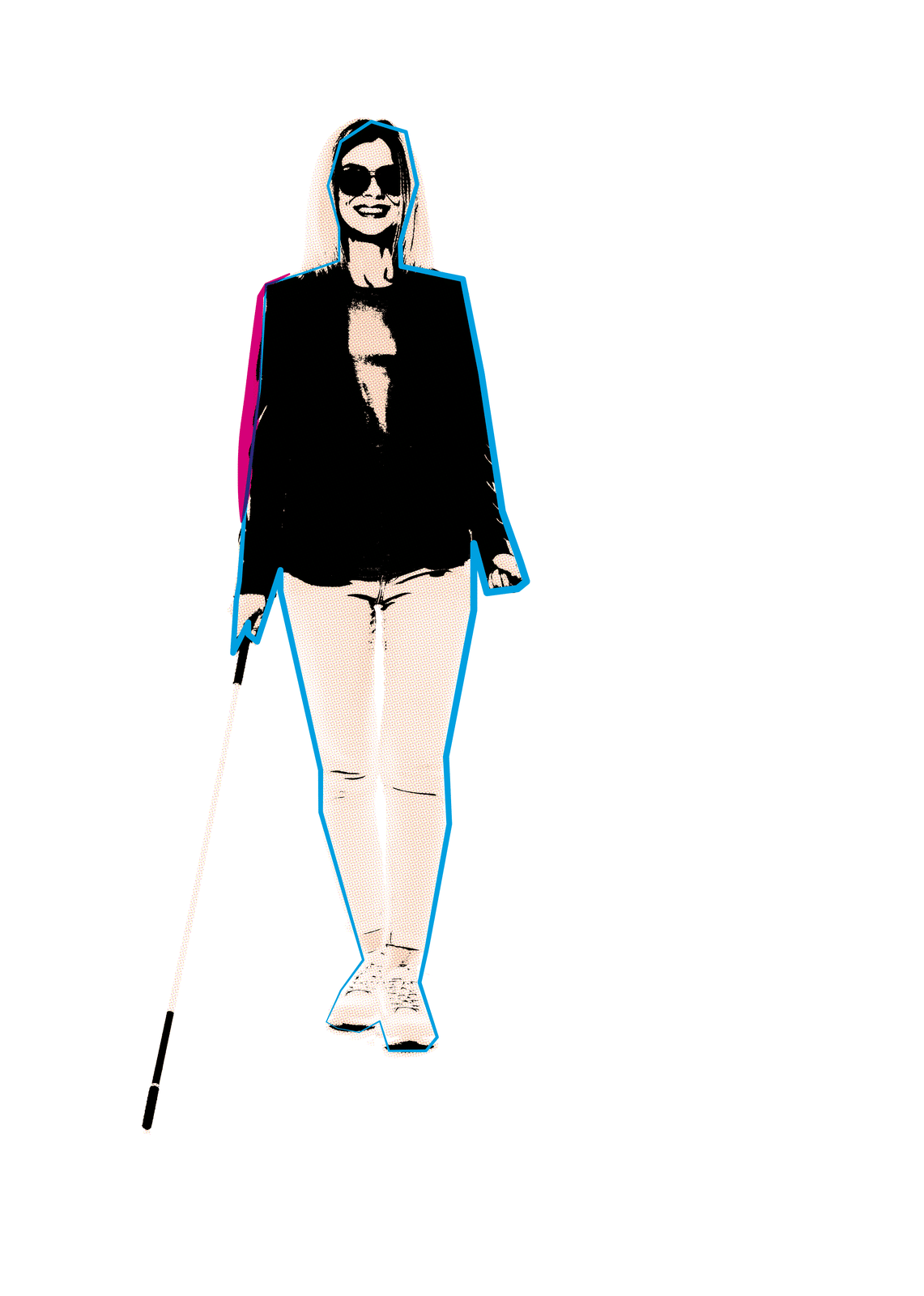 Is there a danger that you could end up with bland places that all have the same features?

I feel there’s a very good defence to be made of street furniture in terms of placemaking as well as accessibility. One of the things that decluttering has led to is a lot of public spaces that look exactly the same: the same paving, the same minimalist stainless-steel benches. It’s all very sterile.

In London, this has had some totally baffling repercussions. Recently, there’s been this trend to reinject a sense of place by painting artworks in the area between the studs on a signalized crossing. This is a safety-critical piece of infrastructure that always needs to look the same, and now there are people with sight loss who are confused, and some neuro-diverse people who are overstimulated. It’s literally the worst place you could inject personality.

“One of the things that decluttering has led to is a lot of public spaces that look exactly the same: the same paving, the same minimalist stainless-steel benches. It’s all very sterile”

But I feel that part of the reason why people want to do that is because all these places feel the same. And actually, people love Victorian street furniture. And there’s so much you can do with a bench to give somewhere a sense of place. That doesn’t mean that I think it’s right to put up metal poles with parking hour signs on them everywhere …

One of your responses to making cities more inclusive has been to design a range of street furniture that connects with users’ digital devices and adapts the city to their needs — for example, by making street lighting brighter or signal crossings longer. Is this what a digitally enabled city should look like?

There are people that are against the idea of the smart city, and I think they’re often right to be. But it seems a shame also to be against the principle of using digital technology to solve problems for citizens.

For the stuff that I design to work, people need to trust it. I’ve been doing this telecare-based project to support older people to live independently in their own homes. The users were very preoccupied about what data was being collected and had very clear views about what was and wasn’t appropriate. And we realized that, actually, there was data that you could collect that they were completely happy with as long as they understood where it was going. But if you do it badly, you can blow it for everyone.

Can you build a smart city in a less intrusive way?

We already have — London’s a good example of that. It doesn’t show up in any of the big tech companies’ case studies on smart cities, but things like the Transport for London API give you this incredibly complete real-time picture, yet it’s cobbled together in a very crafty way from all these disparate systems, some of which are incredibly old. For example, the way it knows the location of the Tube trains is from a switch circuit that’s closed by the axle of the train between the two rails. The system has been there since before the Second World War, and used to show up as lights on a board in the London Underground control room, but at some point they were converted into bits and ended up in the API.

They didn’t go to Cisco or IBM and say, right, let’s make London smart. They were like, well, okay, we’ve got all this stuff, so how can we connect it? They’ve done it in an efficient and clever way, and they have built the smart city from the bottom up.

Ross Atkin is director of Ross Atkin Associates, based in London. He won the Emerging Designer Medal at the 2019 London Design Festival