For any nation hoping to reach net-zero carbon by 2050, greening the grid is a prerequisite. Some are doing better than others, yet after decades of constructing wind turbines, installing solar panels and converting power stations to biomass, only around 29% of global electricity is generated from renewable sources — and much of that comes from hydroelectric dams constructed in the last century.

The pace of change will need to accelerate sharply if we are to tackle the remaining 71% in time to reach that 2050 target. This is starting to happen: in 2020 alone, a record 260GW of renewable energy — more than the total installed capacity of Germany — was added to the world grid.

It sounds impressive, but it is nowhere near enough. Total electricity consumption will rise steeply as electrons are called upon to replace the fossil fuels that currently heat homes, fuel cars and power industry. The International Energy Agency (IEA) has calculated that more than 1,000GW of wind and solar power must be added to the grid annually by 2030 for achieving net-zero by 2050 to remain a possibility. For solar, the IEA says, that would be equivalent to constructing the world’s largest existing solar park — every day.

So whether it succeeds or not, the effort to build this new energy infrastructure will involve vast resources and, unfortunately, come with its own hefty carbon bill — the CO2 emitted during the construction of all the new turbines, solar panels and other renewable hardware.

The hidden cost of wind

Consider, for example, what it takes to manufacture just one modern offshore wind turbine. “The most efficient turbines today tend to be the biggest,” says Chris Lomax, technical director, maritime at WSP, based in the UK. “A 12MW turbine is over 200m high, taller than the Gherkin skyscraper in London. Each of its three blades comprises 55 tonnes of carbon-intensive composites, the hub contains about 60 tonnes of mainly steel, and the nacelle, where the generator is located, is another 600 tonnes of materials including steel, magnets and copper. Add to that 800 tonnes of steel for the tower, 500 tonnes for the sea-level transition piece and a further 2,000 tonnes of steel for the piled foundations. Then there’s miles of undersea cables.”

The total carbon cost, says Lomax, will vary depending on where the turbine is located, how it was constructed, and from where the materials were sourced. Wind power is generally considered good value, as far as carbon in and energy out is concerned. But even so, if just a quarter of the IEA’s 1,000GW target were to be supplied by the kind of 12MW turbine Lomax describes, some 20,000 of them would have to be constructed every year. Given that an average of 1.9 tonnes of CO2 is emitted for every tonne of steel manufactured, it is clear the carbon cost of greening the remaining 71% of the world’s power could be astronomical.

So how to reduce it? Most obviously, it pays to source materials carefully. Concrete for onshore turbine foundations, for example, can contain cement substitutes such as ash or slag which significantly decrease its embodied carbon. Steel and aluminium have radically different embodied carbon contents depending on the amount of recycled material they contain and the energy sources used to manufacture them. “It should help that more manufacturers are springing up to make this stuff,” says Lomax. “For example, the UK, which is the biggest offshore wind market in the world, used to have to buy blades from Europe. We now have three new UK-based producers which should at least decrease the CO2 emissions associated with transport.”

It is not just the manufacture of the hardware that produces CO2; installation, operation and maintenance also adds to the carbon bill. “In the UK, we have 90m-long service vessels at sea for weeks at a time to maintain turbines,” says Lomax. “But there are methanol-based service vessels on order. There are also plans for electric vessels that could charge their batteries from turbine-generated electricity while the technicians carry out servicing.”

"The most efficient turbines today tend to be the biggest. A 12MW turbine is over 200m high, taller than the Gherkin skyscraper in London"

How a renewable resource is dealt with at the end of its life is also an issue. Since turbines and solar panels both last about 25 years, most are still in operation and this has not yet received as much attention as it might. Amid disturbing reports of old turbine blades ending up in landfill, however, it is now rising up the agenda: “It’s not straightforward,” says Lomax. “For example, you might think that when you replace a turbine, you could reuse its foundations. But in reality, turbines are much bigger now than those at the end of their lives so, mostly, it’s just not feasible. Composite blades are difficult to recycle — though several companies, including Siemens and Vestas, have now started producing blades that can be.”

Finally, he adds, it helps if technology generates power efficiently: “That way you get more power back for the carbon involved in manufacture. Offshore wind energy is now about three times cheaper than it was six years ago, reflecting the efficiency of larger turbines.”

The flipside is that such efficiencies of scale also come with an upfront carbon cost: “If turbines were to get larger still, then bigger factories, bigger dock facilities and bigger ships to transport them might be needed. That’s yet more infrastructure with more embedded and operational carbon costs.”

This is a classic example of the way that carbon costs are front-loaded when it comes to building renewable power. We “spend” carbon now in order to reap benefits later. In this respect, the history of solar power is instructive. Photovoltaic panels tend to have a high embodied carbon, mainly because the silicon vital to their manufacture is made by heating silica rock to 3,000°F (1,648°C). One study concluded that, as a result, a solar-powered office block in the UK would have a 50% higher embodied carbon content than an equivalent supplied by conventional power — but it would still be lower carbon overall because of the longer-term operational savings. 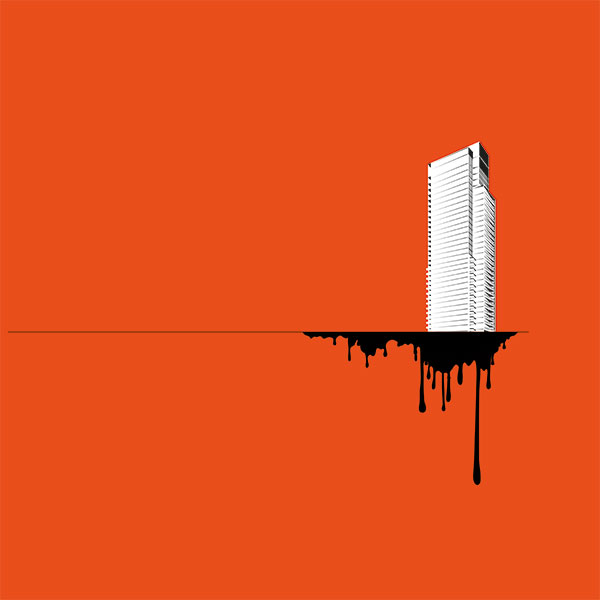 The embodied carbon of materials is a hard concept to sell, and an even harder one to define and measure. But this unseen footprint needs to fall

How much longer though? It would vary wildly from case to case, but a 2013 Stanford University paper came to the remarkable conclusion that all the solar panels produced in the world since 2000 had yet to make any real contribution to reducing global warming because they had only just produced as much energy as it had taken to make them — most of which was derived from fossil fuels.

Most agree that, since 2013, solar has moved into more positive territory. “The energy returns for solar keep getting better and better, so I would guess that industry-level gains from solar are certainly exceeding the energy investments,” says Mik Carbajales-Dale, author of the Stanford research, now director of the Industrial Assessment Center at Clemson University in South Carolina. “Additionally, the financial costs for solar keep dropping, so I would expect to see strong growth over the coming years.” Meanwhile, the carbon cost of manufacturing new panels has started to decrease — not least because of the greening of some of the electricity supply used to make them.

“At the moment though, it’s still very difficult to assess how much embodied CO2 is in an individual PV panel you buy,” says Hannah Probert, senior carbon consultant at WSP in the UK. “Very few have environmental product declarations (EPDs), which allow specifiers determine a reliable embodied-carbon value. When advising clients, we often have to infer embodied carbon from literature and averages. If clients were to insist on an EPD as part of a solar contract, that might encourage more transparency.”

Until then, says Probert, organizations should buy solar panels with care. “We know there are big differences in embodied carbon — so choose the panels made from low-carbon materials, from countries and manufacturers with access to greener grids and, ideally, from a local supplier to minimize the embodied carbon resulting from transporting panels to the point of use.”

But she adds: “This will get easier. As the power used to make and transport PVs itself becomes greener, the embodied carbon of a solar panel should eventually get close to zero.”

“As the power used to make and transport PVs itself becomes greener, the embodied carbon of a solar panel should eventually get close to zero”

The virtuous circle Probert describes will not be limited to solar. Wind and other new infrastructure should also see their embodied carbon reduce as the green electricity they make replaces more and more of the fossil fuels currently used to power industrial processes.

Working in tandem with this will be changes in the technology itself, and how it is made. The IEA envisages that while most of the global reductions in CO2 emissions between now and 2030 will come from existing technologies, by 2050, almost half the reductions will come from technologies that are currently in development.

“There’s a lot of exciting stuff on the horizon,” says Will Nash, group lead, materials performance with WSP, based in Vancouver. For solar, for example, one promising material is perovskite crystal, a cheap and widely available low-carbon alternative to silicon. “It’s not mature technology yet — there are longevity issues. But if you could use it in conjunction with traditional silicon technology, you could improve the efficiency of panels from 23% to maybe something like 40%. And if panels are more efficient, that shrinks the payback period.”

There will be opportunities to lower the embodied carbon of wind turbines too, says Nash. “If you need foundations, maybe use natural rocks in cages instead of concrete,” he suggests. “Floating offshore turbines can work out cheaper, in terms of embodied carbon, because they avoid the bulky foundations. And using new tech now being developed to make steel using hydrogen and carbon capture would lower the carbon cost of turbines dramatically. ” 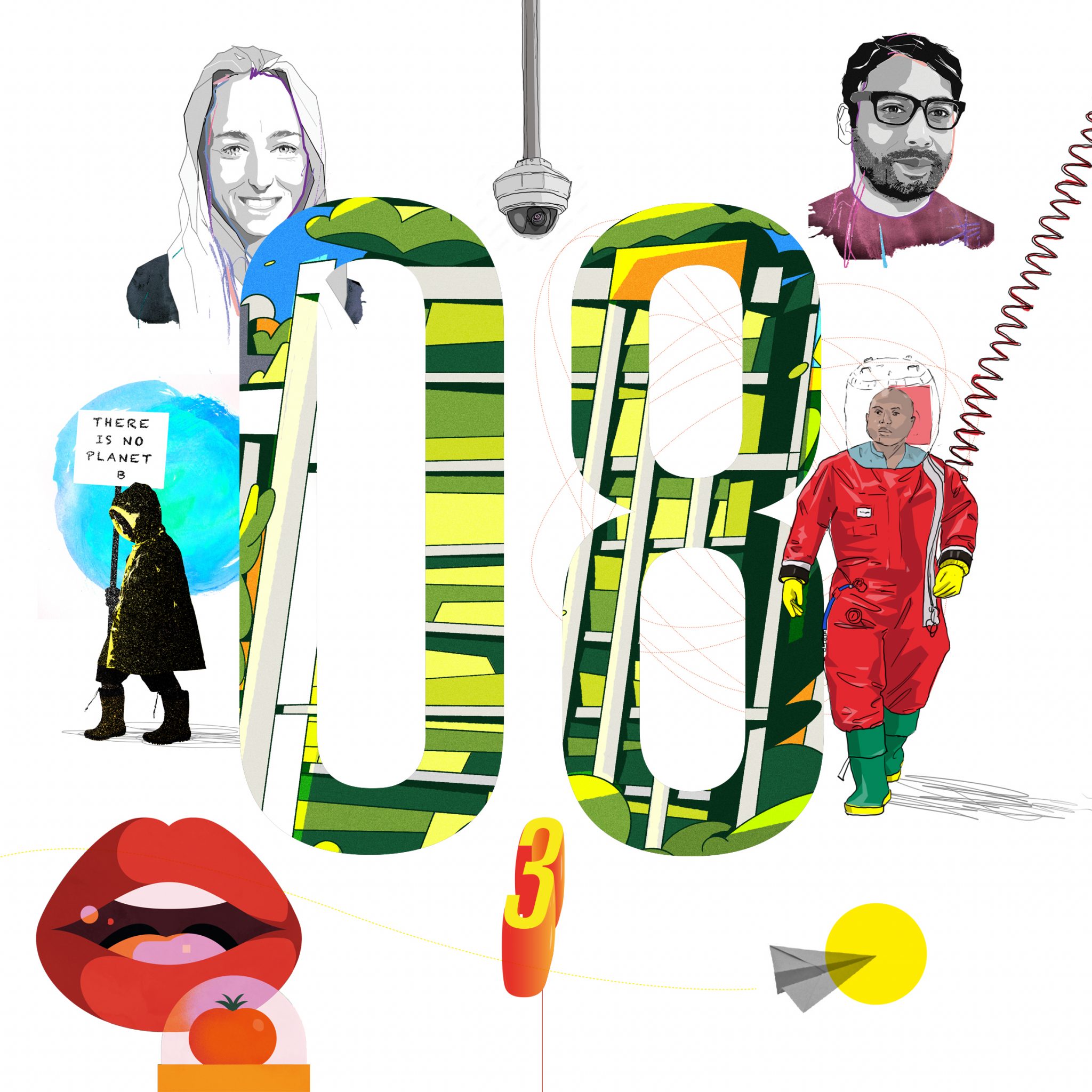 Lastly, says Nash, bioengineering could be harnessed to produce renewable infrastructure in new, low-carbon ways: “There’s promising technology which could potentially turn soil to concrete by encouraging the bacteria in it to produce calcite. Imagine if you could grow your concrete rather than make it with cement? And there are GM crops that already produce spider silk — so why not use biotechnology to produce the polymers for turbine blades?”

Nash’s futuristic vision for low-carbon energy industry is exciting, but some years off yet. For now, the world’s best hope of reducing the carbon cost of renewable infrastructure is, awkwardly, to build more of it. The renewables industry will then be decarbonized by the greener grid it has created.

In the shorter term, this means CO2 will be an unavoidable by-product — we cannot avoid expending carbon to  make the infrastructure that will reduce future emissions. Intelligent design can, though, significantly reduce what will inevitably be a substantial carbon bill.

This article is the second in a series focusing on the toughest targets for decarbonizing the built environment and the tough choices facing global policymakers on the most sustainable way to deploy finite resources. In part one, we looked at solutions for reducing the emissions associated with steel and concrete: materials that will be indispensable for meeting the UN Sustainable Development Goals and building the infrastructure for a net-zero world. Hydrogen has been touted as a potential solution for making zero-carbon steel — but only if we can decarbonize hydrogen production itself, at sufficient scale. In the next part of the series, we’ll consider the prospects for a hydrogen economy.