Why don’t girls feel comfortable in public spaces? This was the question that Sweden-based White Arkitekter has set out to explore by creating slices of the urban realm that appeal specifically to this under-represented group. A 2012 study by Stockholm University found that boys and girls use public facilities such as playgrounds equally up to the age of seven, but then something changes. Of users between the ages of eight and 18, 80% were boys. Girls were ten times more likely to feel insecure in these spaces.

This is partly because of social norms, but also because parks are not designed or equipped to cater for girls — and they feel it, says Viktoria Walldin, partner and anthropologist with the firm, which specializes in child-friendly and gender-balanced design. While girls internalize the idea that planners don’t really understand their needs or safety, boys receive the implicit message that they have a right to take over public spaces. “If all your life you’ve been welcome, you think ‘yes, this is for me’, and it does something for your confidence,” Walldin says. “Likewise, it does something to the confidence of the girls, wondering if they’re welcome, if they’re really allowed there.” Planners at Stockholm council struggled to identify spaces where the perspectives of teenage girls had specifically been considered, she adds. 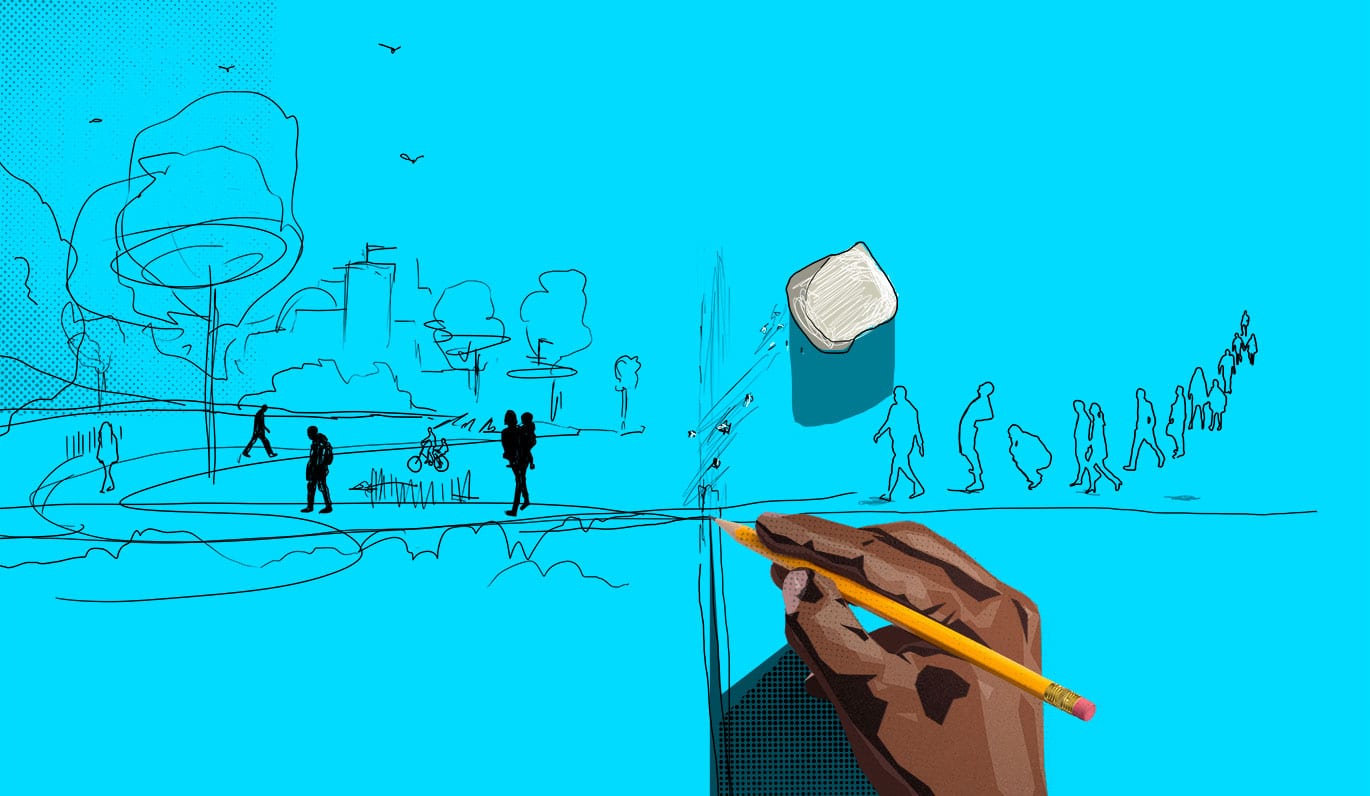 “It’s about slow biking, trying out different things and doing that in a group"

One example of the practice’s work is in the “orten” (deprived suburb) of Haninge, just south of Stockholm, where the local authority wanted to encourage cycling among young women and girls. They started by talking to teenage girls to understand the cycling routes they already used and the obstacles they faced. What emerged was the need to create space for a “social moment”, says Rebecca Rubin, head of research and development in White Arkitekter’s urban planning department — something that wasn’t about competing to see who was the fastest. “It’s about slow biking, trying out different things and doing that in a group,” she explains. The girls also expressed a desire for a venue to cycle to, where they could stop and speak to each other.

The practice analyzed existing routes to identify a central location for the new structure, and it was designed to reflect the different concerns of girls. This meant being decorated in warm colours, with an “intimate” room-type space where they could meet. A key point was that the girls wanted to be able to see other people, while retaining control over how they themselves were viewed. “The installation broadened the perspective of biking to being about something more than movement, to be more social and creative,” she says.