Maren Moltke Lyngsgaard is a marine biologist at WSP, and part of the team that has developed a value chain that uses mussel farms to recycle nutrients. This can not only provide a healthy, low-carbon source of food for humans and feed for aquaculture and agriculture, but reduce excess nutrients in coastal waters and increase biodiversity. The work was carried out in collaboration with aquaculture companies TripleNine, Leroy Seafood and Blue Biomass, as well as researchers from Copenhagen University and Denmark’s Ministry of Food, Agriculture and Fisheries. She also worked with seafood specialist Mikkel Wejdemann on a cookbook of simple mussels recipes, Blå (“Blue”), to increase local demand for this unique, sustainable resource.

Blue mussels are incredibly adaptable creatures, and they can survive in a wide range of environmental conditions. Unlike most animals within industrial agricultural food systems, they don’t need to be fed by humans and they don’t require antibiotics. And they have a carbon footprint even lower than apples or carrots. So they are naturally a really sustainable resource. They even come in their own wrapping — they can remain alive and fresh in their shells for two weeks if kept at low temperatures.

On an industrial scale, if we could create a reliable, plentiful source of blue mussels, that would be one way to make food production more sustainable. At present, producing feed for aquaculture and agriculture involves processing large quantities of imported fish into meal — the fish meal is a vital component because it has a high protein content and provides the right amino acids. Mussel meal has the same qualities so we can substitute this for the fish meal to produce a feed with a much lower carbon footprint, decreasing the pressure on natural fish stocks and benefiting marine ecosystems in other ways.

This could be a game-changer for the feed industry, as it will have to find alternatives to natural fish stocks. The global aquaculture industry has increased by over 500% since 1990, and human consumption of fish by more than 100%, and we expect that to grow even more in the near future. So we need to scale up projects like this.

What’s different about your way of producing mussels?

The system we used is not new; we developed the value chain from primary producer to feed, including techniques for processing mussels into meal. The most important difference is the amount of biomass that can be produced in a cost-effective way, which allows for lower prices and makes mussels a viable resource for the feed industry.

"Mussels are naturally a really sustainable resource. They even come in their own wrapping"

A traditional mussel farm in Denmark uses 3m-deep loops that require additional floating devices on the surface as the mussels grow and become heavier. The juvenile mussels, no bigger than a grain of sand, are collected from the water and grow to a size of 3-4cm. Then the loops need to be restocked, which is a labour-intensive process, using small boats.

Instead, we have used a system developed in the Netherlands and Norway, which can hold and produce more mussel biomass. It consists of a series of floating tubes, each 120m long, with the mussel larvae attached to 3m-deep nets in the water underneath. As the larvae grow, they are “thinned”: brushes remove the mussels that are ready to be harvested. This requires a much bigger boat and a device that sails over the tubes and sucks up the harvested mussels. It’s more expensive than the traditional system, but once it’s set up, the nets don’t need to be restocked, only thinned to remove the excess biomass. One 120m tube can be harvested in 20 minutes to produce 20-25 tonnes of mussels — that’s about 60-75 tonnes per hour. Automated technologies that use machine learning and artificial intelligence to detect when mussels are ready are now under development.

When the project first started in 2016, there were 22 tubes. There are now more than 350, and the farm yields over 8,000 tonnes of mussels per year, which is approaching the theoretical yield necessary for it to become commercially viable for the feed industry.

How do mussels “recycle nutrients”?

Mussels are “filter feeders”, which means they filter microalgae as part of their natural life cycle. So the mussel farm not only creates a viable aquaculture product, it filters the water in the process.

Denmark has a large agriculture industry — there are five times as many pigs as people — and many of our local water bodies and coastal systems are plagued with high levels of pollution from agricultural runoff. When nutrients such as nitrogen and phosphorous get into marine ecosystems, it creates ideal conditions for the growth of microalgae, and these can deplete the water of oxygen and leave it in a poor ecological state. When there are too many microalgae, this process is known as eutrophication. We wanted to explore how blue mussels could be used to tackle this problem, which has far-reaching consequences, not just for the marine environment, but also for local communities.

"We’ve discovered huge potential here. Projects like this represent just one of hopefully many new solutions for feeding a growing global population with a healthy and sustainable food source"

The biggest artificial filter can clean about 41,500m3 per hour, whereas our farm filters about 2 million m3. It also removes the equivalent of 100-130 tonnes of nitrogen per year, making it a comparatively efficient way of remediating waterways affected by agricultural runoff.

How else does the farm affect the surrounding ecosystem?

We found that it reduced algae levels in the surrounding waters too, by a factor of two to four, helping to improve water clarity and visibility.

But perhaps the most interesting result was what happened underneath. We expected to find less biodiversity, as organic material sedimented from the mussels to the ocean floor usually results in less marine life. But to our surprise, a natural reef had been created. Live mussels dropping from the nets had created the perfect conditions for crustaceans, which in turn provide a food source for juvenile fish and larger bottom-dwelling species.

So we actually found a higher biodiversity under the mussel farm than in other areas. There were species of crustaceans and fish that aren’t typically found in areas that have experienced eutrophication, and even evidence of species that hadn’t been seen in that fjord since the 1990s!

We’ve discovered huge potential here. Projects like this represent just one of hopefully many new solutions for feeding a growing global population with a healthy and sustainable food source, while simultaneously restoring ecosystems, increasing biodiversity and reducing carbon emissions. 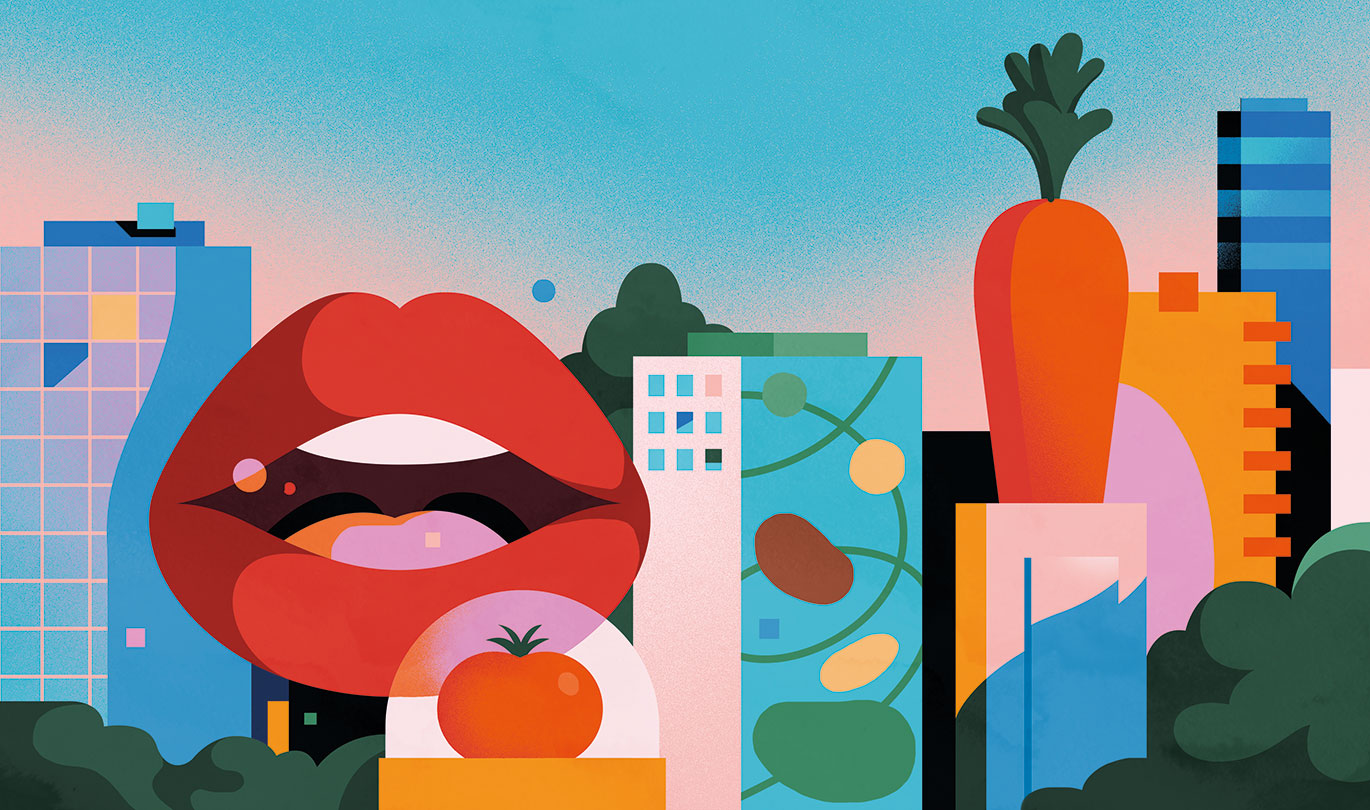