Creativity has never been more popular. Chief executives believe it is the most important leadership quality for success in business, according to a recent IBM study, ranking it higher than global thinking and integrity. Companies are redesigning their offices and revamping their corporate cultures, all in the name of encouraging creatives to do their best work.

“Not all industries require creative people but some will surely fold without them,” says occupational psychologist Dr Mike Rugg-Gunn. “For them, creativity is a strategic imperative. The better we understand what makes people more creative, the better companies can shape an effective creative culture.”

And yet the more that business tries to lure “star talent” or nurture creativity, the more slippery the concept becomes. Employer tactics such as attractive salaries or quirky workspaces might even stifle imagination rather than encourage it. Scientists are now applying a systematic approach to understanding the components of creativity — drawing on advances in psychology and neurobiology to unpick what was once considered an elusive preserve of artistic genius. Will it ever be possible to find a formula to develop and nurture the creative mind?

Death of the genius

The “creative mind” is itself a problematic concept. The lone genius has been a seductive idea for centuries, and the earliest attempts to subject creativity to scientific inquiry started from the assumption that such people have a pattern of innate personality traits. Founded in 1949, the Institute of Personality and Research at the University of California invited some of the world’s most renowned creative people, from author Truman Capote to architect Eero Saarinen, for analysis. Its researchers noted recurring characteristics, from non-conformism to rating their ideas above other people’s and preferring complexity and ambiguity over simplicity and order.

Once you’ve defined what makes a creative, it’s just a matter of attracting these people to work for you, right? Unfortunately, this rarely works. “Superstars” from one company often fail at another, as Wired journalist Bryan Gardiner recently noted, citing the example of Ron Johnson, the creator of Apple’s Genius Bar who lasted just 17 months as chief executive of JC Penney. “Star talent is partly innate, sure,” Gardiner wrote, “but it’s also linked to specific teams or projects or just the culture of the company.”

Psychologist Dr Stephanie Taylor agrees that we need to think beyond the notion of the special talent who will produce the goods on demand. Favourable circumstances and social interaction are just as important. “People work with other people, although it’s not always acknowledged,” Taylor says. “Quite a lot of the most famous photographs that were credited with changing the fashion industry were actually created by the stylist. The output of one person — the photographer — is the product of a number of people contributing.”

The misapplication of science has also encouraged a misguided distinction between creative and non-creative personalities. Traditionally, we’ve categorized people into either “right-brained” creative thinkers or “left-brained” logical, rational types. There are shelves full of popular self-help books to enable people to increase their creativity by tapping into their right brain. But as cognitive neuroscience uses brain imaging to reveal what actually happens when we undertake creative tasks, it’s turning out to be a lot more complicated.

Scientists at the University of Utah scanned the brains of more than 1,000 people and found that they did not tend to have a stronger left or right-sided brain. Creativity doesn’t reside in a single side or part of the brain but fires in different regions depending on what stage of the creative process you’re at and what you are actually doing. If you are brainstorming for a new marketing slogan, for example, that might activate the Broca and Wernicke areas, responsible for language. But attempting to visually rotate a physical object in your mind’s eye, such as working out how to fit moving parts of a new product together, might activate the Dorsal attention/visuospatial networks.

There’s another reason why hiring creativity often fails. Businesses may be able to lure talent with an attractive salary package, but there is no inherent link between money and innovative thinking. “Paying above market value is not necessarily going to hire you the best creatives,” says business psychologist Dr Terry Dockery. “Creative people obviously work for money, but they need more than a cash reward to motivate them to come up with more ideas.” A meta-analysis of 128 studies led by Edward Deci, a psychology professor at the University of Rochester and one of the originators of “self-determination theory”, found that incentives or rewards of any kind — whether praise or cash prizes — reduced intrinsic motivation, the internally focused driver that produces creative ideas. There are, of course, individual differences in people’s relationship with money, but the analysis showed that the more enjoyable the task — which creative work tends to be — the stronger the effect. Every standard deviation increase in reward for interesting tasks decreased motivation by about 25%. Worse still, knowing in advance exactly how much extra money would be received decreased intrinsic motivation by 36%.

Instead, employees get creative when they think their ideas matter and that the organization is striving to achieve something that has greater meaning. Rugg-Gunn, author of board briefing paper Defining Creativity and How to Develop a Creative Culture, says that tasks need to be defined in “broad and substantive ways rather than just financial ones”. This is because finance is about control: “Control is anathema to the creative process. It’s also external motivation, whereas being creative is usually powered by intrinsic motivation.”

This doesn’t necessarily mean that top personnel will perform on the minimum wage, however. There is a strand of psychological research that implies a more complex relationship between money and creativity. A recent study published in the Journal of Creativity and Innovation Management suggests that while extrinsic financial rewards might not help creatives come up with ideas, the prospect of being rewarded may help them persevere to fully develop them and focus on the finer details of an innovation.

The pursuit of happiness

While money might not be integral to creativity, happiness almost certainly is — again, undermining many lone-genius myths. Sadness and neutral moods inhibit creative ideas compared to a playful, upbeat mood, according to a study by Dr Karen Gasper at Penn State University — perhaps because a lower mood makes us more likely to judge our ideas negatively. So how — apart from giving them creative tasks to do — do you make creative people happy?

The answer for an increasing number of companies is the “fun” workspace, which acts as both an inspiration for, and a physical manifestation of, a deeper creative corporate culture. One such company is software giant Autodesk — ranked by Fortune magazine as one of the world’s great places to work.

Interview: "Creativity Happens When you do Nothing"

"To me, creativity very much relates to movement, to action," says architect Jean-Paul Viguier

“It starts with a really relaxed work environment,” says vice-president of learning and development Ian Mitchell. “A place that doesn’t look like an office — and indeed our office is nothing like any other you would find in Farnborough, where our UK base is,” he says. “Whether it’s the table-tennis table, the FIFA machine, the bright imagery, the pod chairs, the hammocks — it’s a very different workspace.”

A study in the Creativity Research Journal found that surrounding employees with interesting and unusual things, people, games and activities stimulates new thinking better than a dull environment. This is the theory underpinning the fad for more playful office decor among West Coast creative tech companies like Google and Apple, with their beach-hut meeting pods and giant slides.

But some are sceptical. Jeremy Myerson, professor of design at the Royal College of Art in London and the author of several books on the 21st-century workspace, believes that introducing novelty into the workplace can go badly wrong. “The Google effect has promoted the idea that work is somehow a playground, and this can infantilize your staff,” he says. While it may have worked for the likes of Google, the ensuing trend has had a detrimental effect on workplace efficiency in companies with a different culture, with workers simply playing on the ping pong table instead of working.

“The Google effect has promoted the idea that work is somehow a playground, and this can infantilize your staff”

Perhaps more important than a physical manifestation of creativity is the need for workers to take ownership of their workspace and not have changes imposed from above. “Workers think more creatively when they are allowed to organize their own space and collaborate better when they are sitting within 18 metres of one another,” says Kursty Groves, author of Spaces for Innovation: The Design and Science of Inspiring Environments. “Creatives perform better if they can rearrange the chairs, choose the colours or change the height of the tables, for example.” Psychology experiments from the University of Exeter seem to confirm this, finding that workers are more productive intellectually when they are empowered to design their own workspace rather than having predetermined space configurations thrust on them. 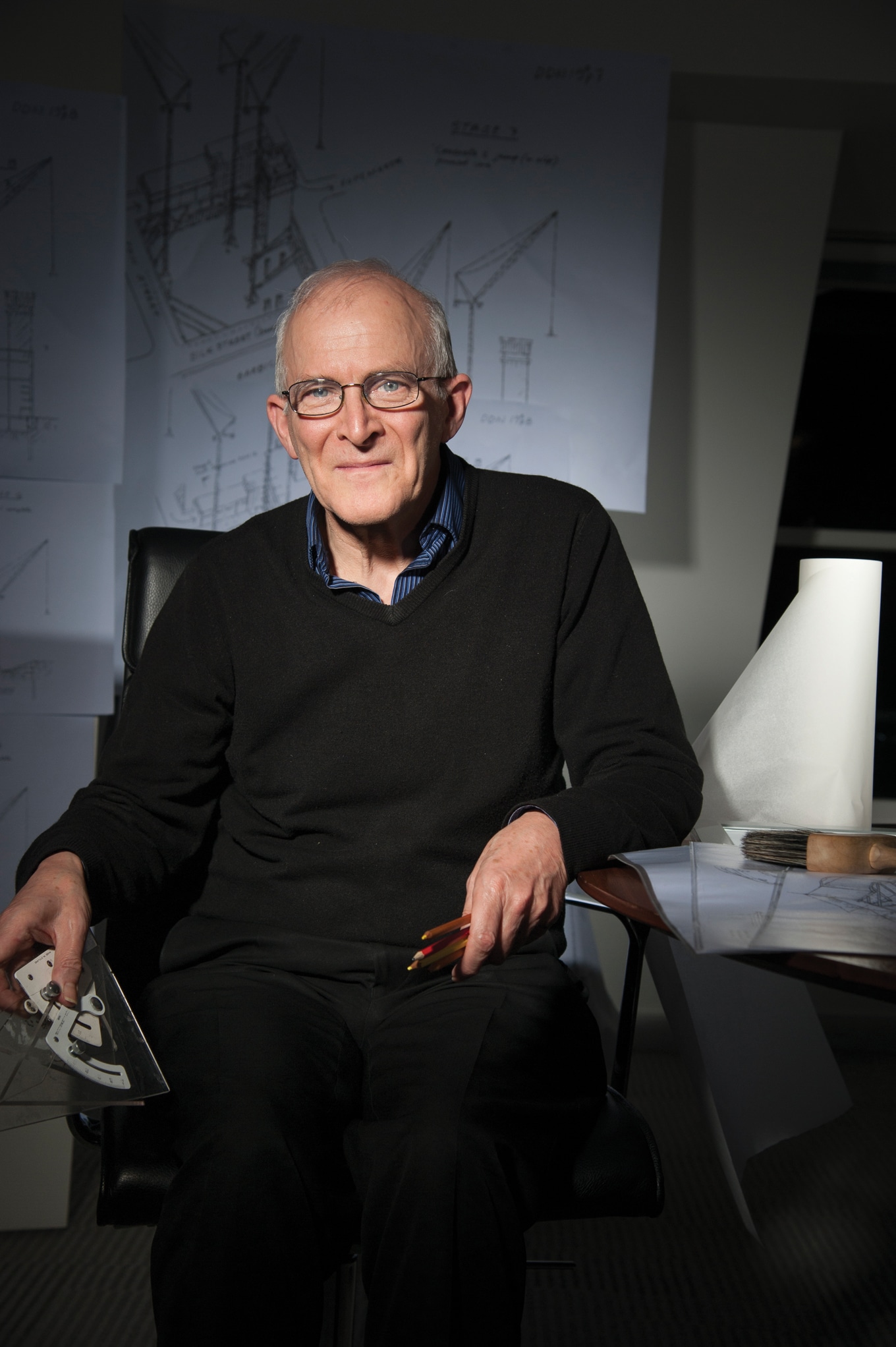 "Engineers enjoy problem-solving and that’s when we are at our most creative," says WSP's Ron Slade

Daydreaming and learning to fail

While Myerson may be right that objects such as ping pong tables are often “whimsy for whimsy’s sake”, distraction does serve a purpose. Engineer-turned-innovation-consultant Anne Miller, author of How to Get Your Ideas Adopted, says that daydreaming is an essential ingredient of creativity. The “hypnagogic state”, similar to that experienced just before sleep, is a haven for incubating solutions and new ideas. “The creative process needs alternating periods of focus and quieter, daydreaming reflection,” Miller says.

Of course, there is a delicate line between creative daydreaming and time-wasting — and this perhaps cuts to the heart of what defines a truly creative culture. For creatives to do their best work and for companies to allow them to do it requires a culture of mutual trust. This means people are able to try things out without fearing the repercussions if they mess up, points out Dockery. “Not everything is a home run and failure is an essential part of the creative process,” he says. “Creativity requires a corporate mind-set that replaces dread of failure with the delight of exploration and experimentation.”

From The Possible, issue 01

That’s all very well, but what is a manager to do if their team is highly innovative but messes up so often they cannot function commercially? Dockery says that while there has to be space for failure, it still has to be within reasonable parameters. Workers must be able to tell their chief executive honestly what is working and what isn’t — and the chief executive needs to care about the goals, career paths and work-life balance of their employees. It’s not necessarily a new idea, but then perhaps creative thinking isn’t always the answer …

2 comments on “The Creativity Enigma”