More of us than ever are leading solitary lives, isolated by changing social structures, digital networks and denser cities, writes David Symons. Can we design stronger communities?

Urbanization, an ageing population, ever greater connectivity — three megatrends already having a profound influence on our lives, on society and on the built environment. And together they add up to a fourth prognosis for our future. We may be living longer, surrounded by thousands of others and digitally linked to millions more — but we will potentially be more lonely than ever.

Loneliness seems the inevitable conclusion of several things. First of all, there’s the growth in one-person households across developed countries. In all OECD countries for which projections are available, the number is expected to increase. By 2030, they will account for more than a quarter in the US, New Zealand, Australia, and around two-fifths in Japan, England, Austria, Germany, Norway, Switzerland, the Netherlands and France. In 2016, one-third of households in the European Union were made up of just one person, and more than one half in Sweden, the current capital of singleton life.

This is partly due to demographics — as the babyboomer generation ages, more older people are living alone. But it’s also due to longer-term social changes, as people choose to marry later, or not at all, more marriages end in divorce, and the birth rate drops. The American Housing Survey found that single-person households were split across all age groups, millennials, gen-Xers and babyboomers alike.

We are living more solitary lives in other ways too, as technology allows us to work and obtain the things we need without leaving home. There is now a group of people who work at home and do all their shopping via the internet, and who potentially never have to go out at all. That’s not necessarily a good place to be.

Perhaps our need for human contact will be met through digital networks instead? Through social media, people theoretically have much wider networks than they did. But research in the social sciences has found that this type of connection does not address loneliness in the same way as offline interaction — and that it may often make us feel worse. Numerous studies have linked greater use of social media and feelings of unhappiness, dissatisfaction with our lives and social isolation. We don’t yet know whether this is cause or correlation — people who feel unhappy or isolated may be more likely to turn to social media for comfort, for example — but it does suggest social media isn’t an effective way of combating loneliness.

This social isolation is more common in cities, particularly large cities — where an increasing number of us will live — and among those who live in apartments rather than houses, which are an inevitable solution to greater urban density. We wanted to understand this trend better so we commissioned some research, asking 1,000 Londoners how they felt about their lives, how regularly they socialized, and how well they knew their neighbours (see below).

“Social issues are rarely considered in the design of residential developments, and traditional approaches may exacerbate the problem”

This is a fascinating conundrum. Cities and regions see themselves as centres of community, and yet here we seem to have people bowling alone. It’s also an interesting one for us because it’s uncharted territory. Few programmes to address loneliness consider design approaches, and engineers are very rarely asked what they can do to help. But we’ve found that when you do ask designers, there are a great many practical actions that we could take. We recently held a Future Ready innovation lab in-house to brainstorm ideas, and in just one hour it generated 250 suggestions for ways that masterplanners and building designers could help to create more sociable, cohesive communities. 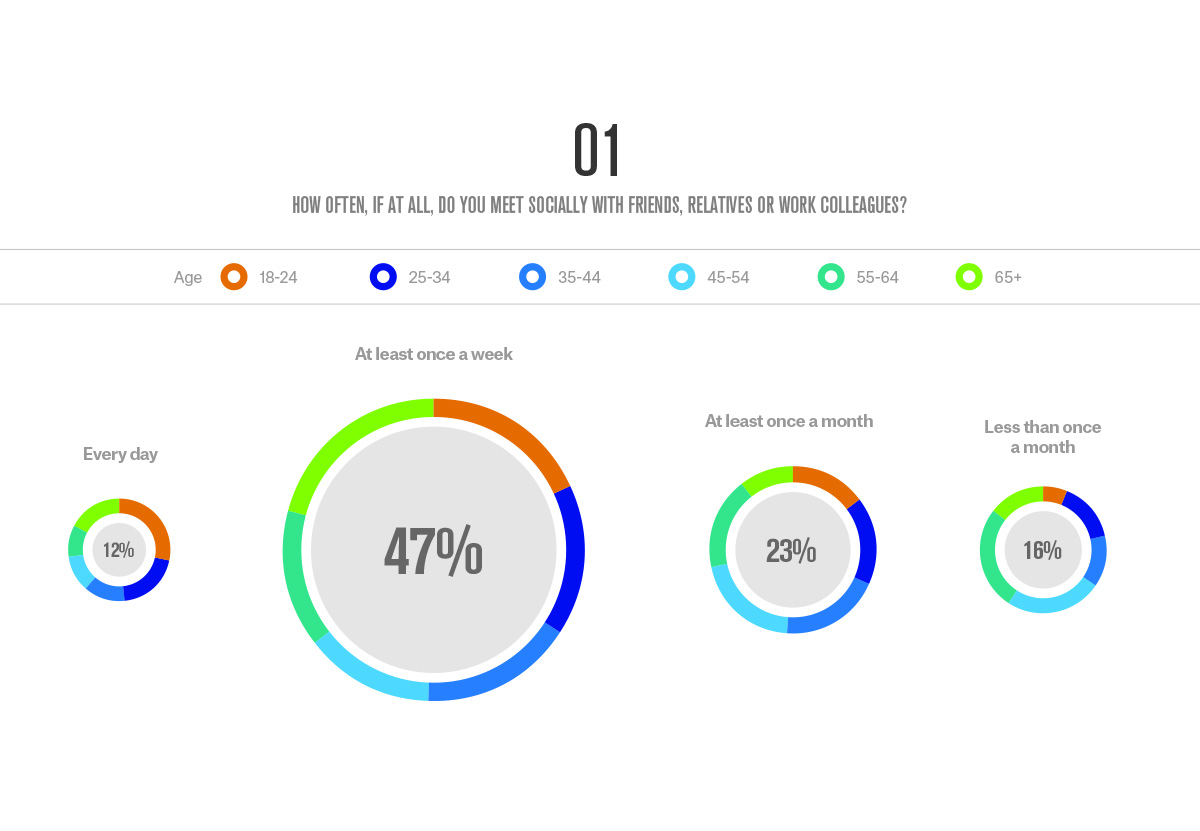 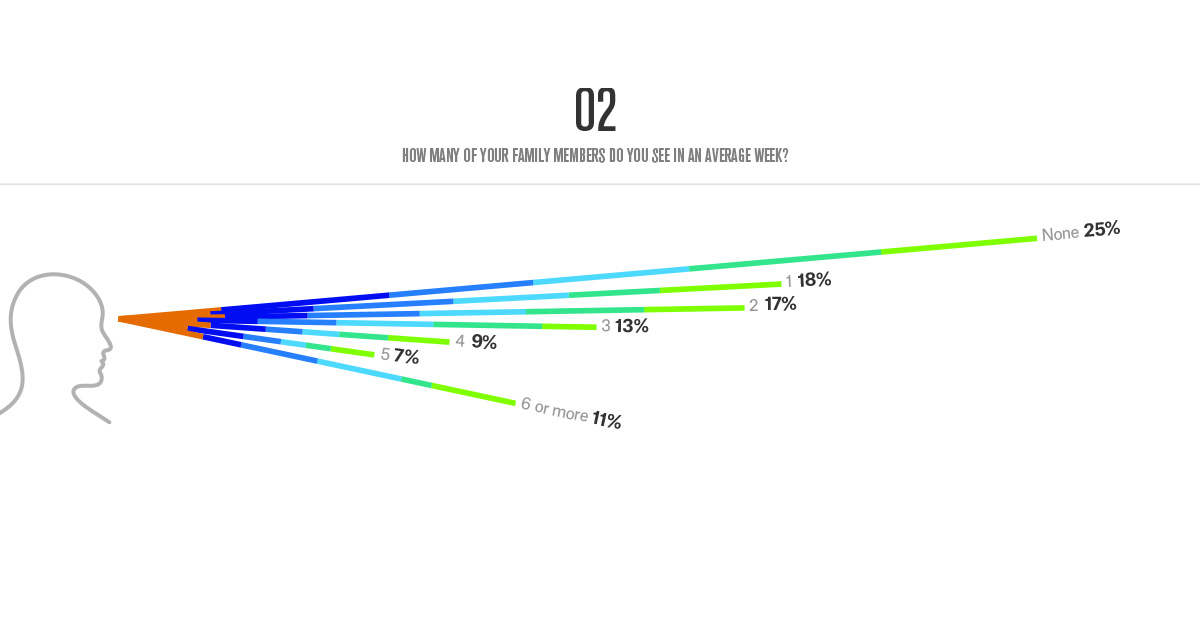 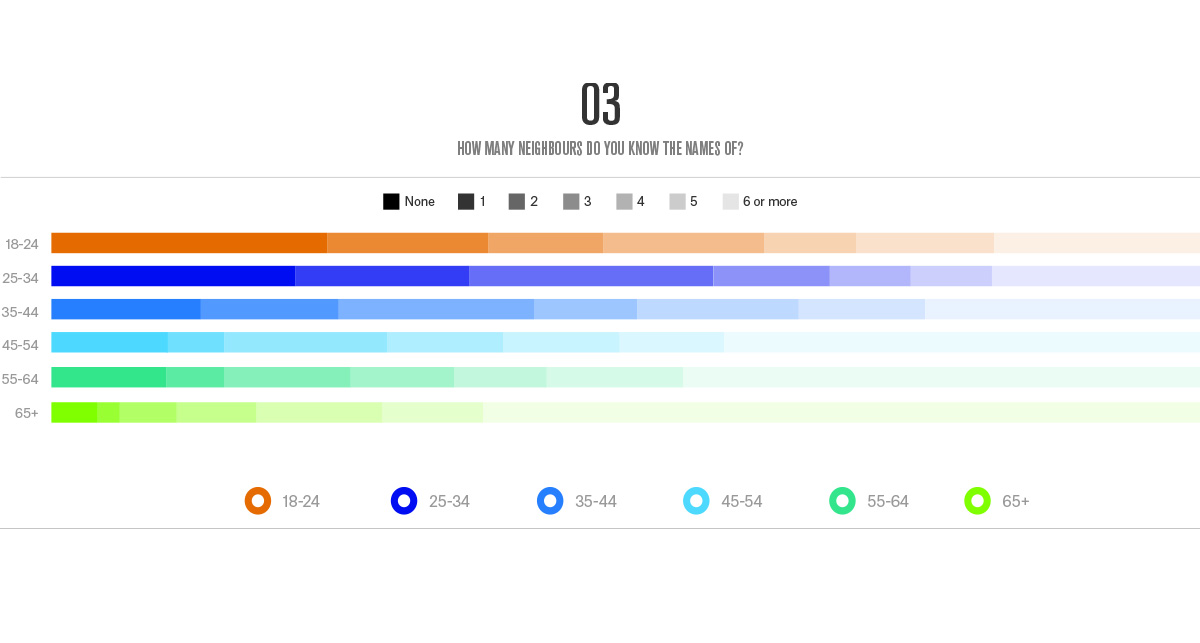 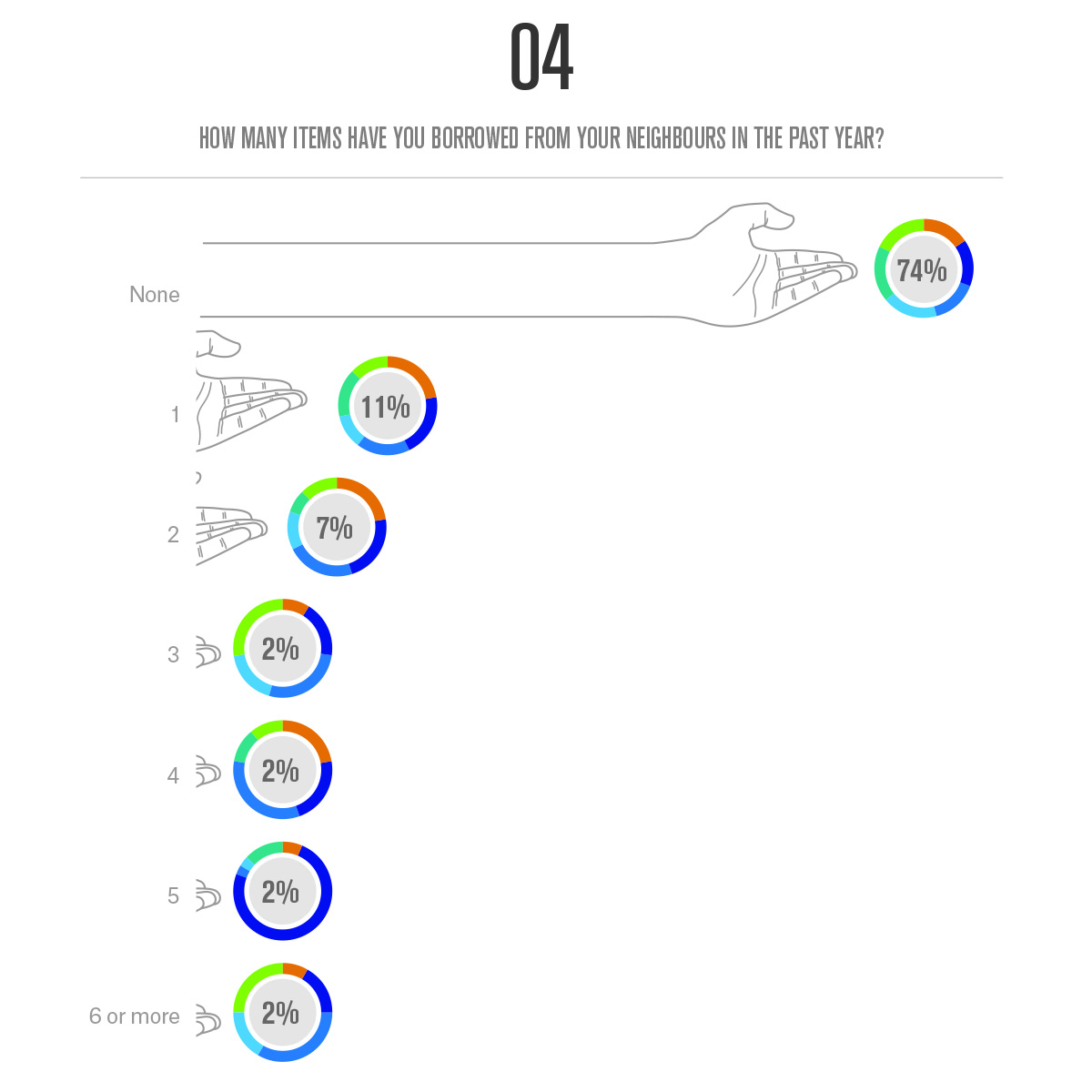 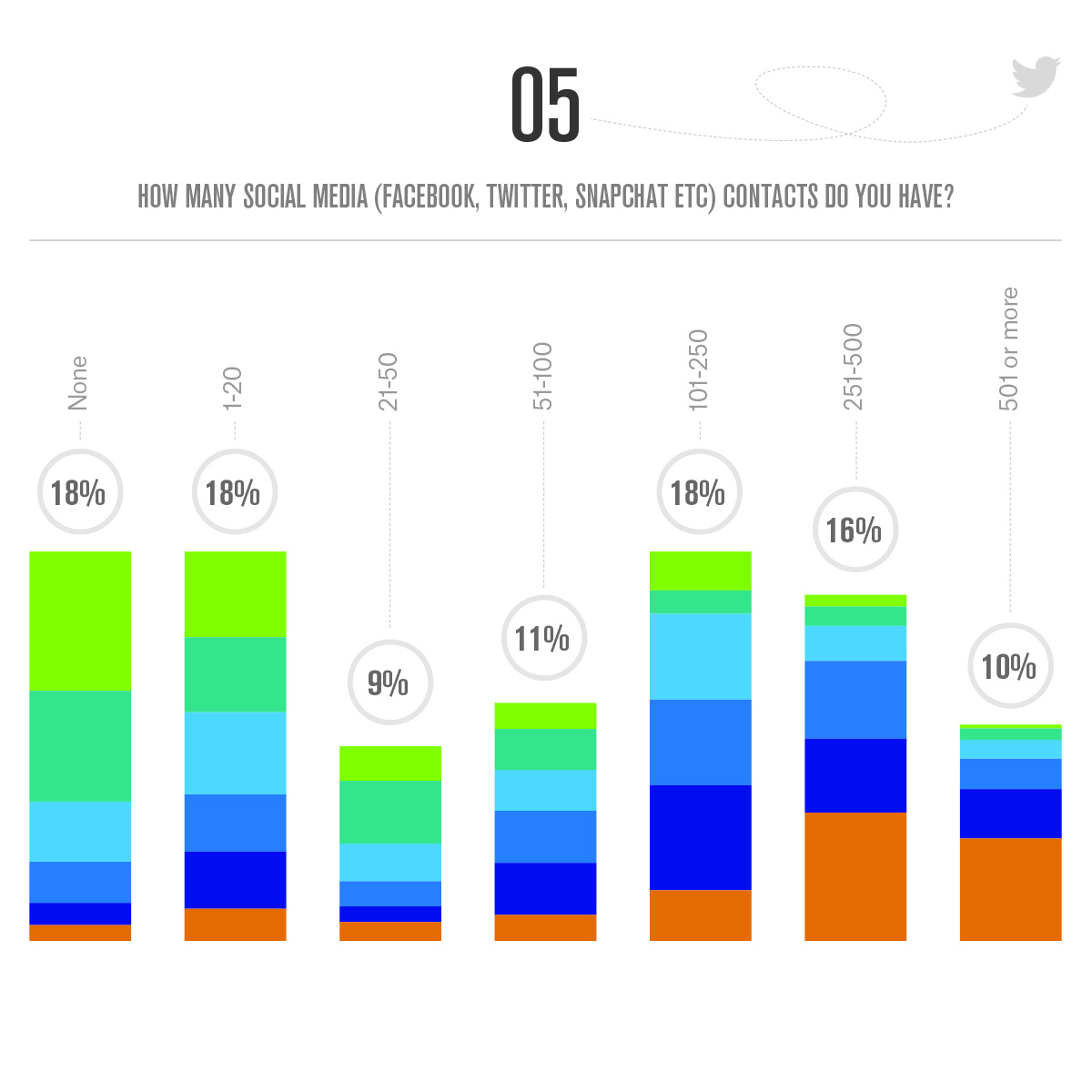 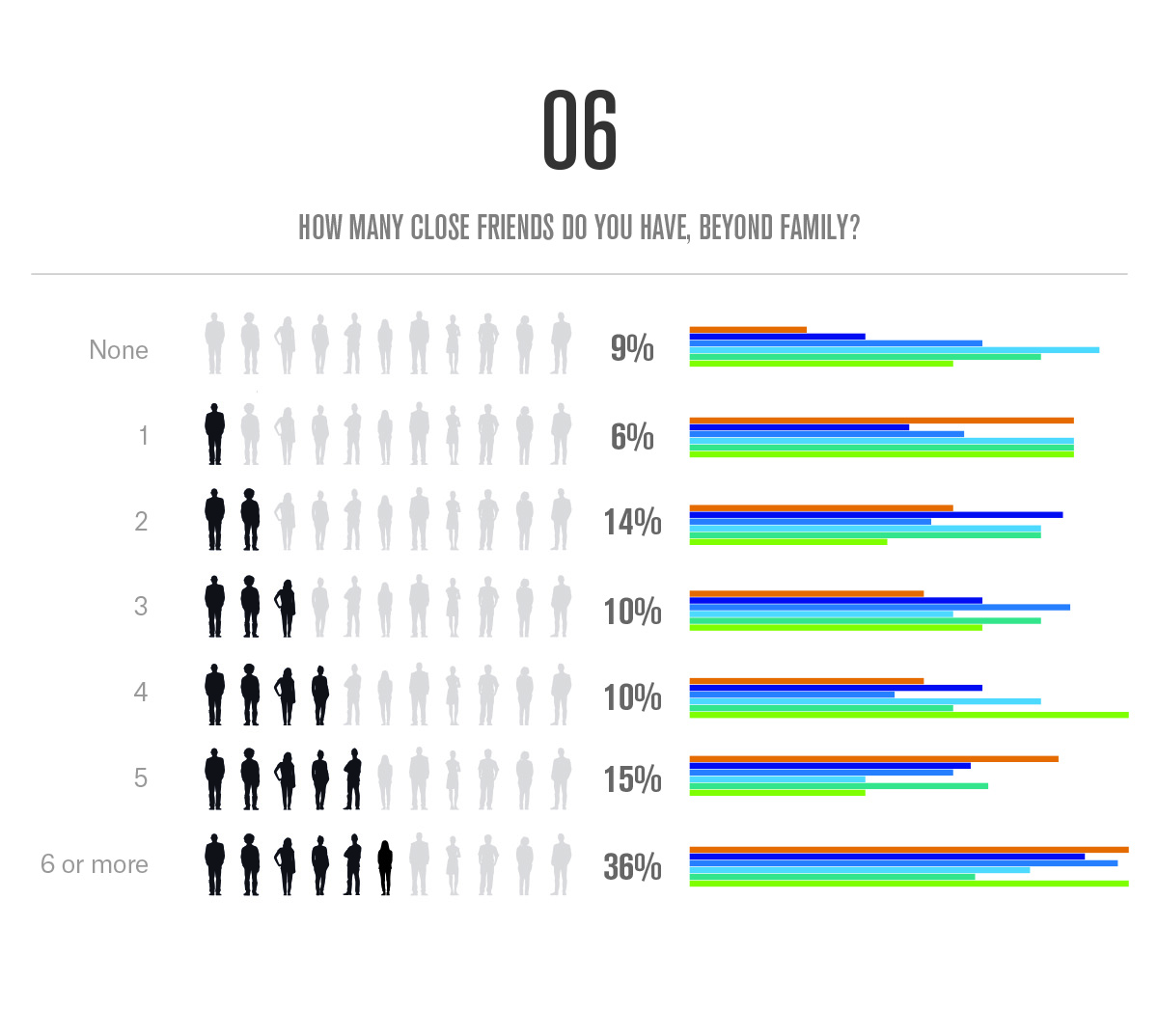 Right now, these kinds of social issues are rarely considered during the design of residential developments, and traditional approaches may serve to exacerbate the problem. Back in 1969, Donald Appleyard found that people living on streets with relatively heavy traffic had one-third fewer social connections than people living on quieter streets, a pattern confirmed by more recent studies. It’s intuitive when you think about it: if there’s a dual carriageway outside your house, you’re much less likely to play football in the street with your kids than if you live in a street where traffic speeds are very low.

But on most developments, the traffic network and flows are the starting point, and then houses and businesses are planned around those. An alternative approach is to design in walkability — and sociability — as a primary function of an area, so streets are for people rather than cars. Take Poundbury, the urban extension to Dorchester in south-west England, where WSP was part of the masterplanning team. This was designed expressly to forge strong social bonds, with housing layouts that encourage walking, human-scale buildings and streets that are deliberately winding, and half of the site given over to open spaces and allotments. It won’t be fully built until 2025, but it’s already a popular, thriving community, luring both older people and young families. We are now applying these ideas as part of the design team for Tregunnel Hill in Cornwall and adapting them to the local culture and vernacular for the Bahrain Southern New Town.

Poundbury has become a genuine mixed-use development. If you design homes and workplaces next to each other, it’s inherently sociable — you create a commercial hub where there will always be people around, rather than the suburban model where people leave their homes in the morning to drive to work somewhere else. At the other end of the scale, there are many aspects that can help at an apartment level. Even the way that building access codes are controlled can have a significant bearing on community — very often, a security pass only gives you the right to go to the level that your apartment is on.

We need to take this seriously. Social isolation can trigger or exacerbate mental health disorders, identified by the World Health Organisation as one of the leading causes of disease and disability in the world. Loneliness affects our physical health too: researchers have found that it can be as bad as a chronic illness, with lonely people 50% more likely to die prematurely than people who have a good social network. A meta-analysis by Brigham Young University of 148 health studies found that feelings of loneliness increase mortality risk by 26%, while social isolation and living alone increased it by 29% and 32% respectively.

These are big, wide-ranging issues with complex causes and effects. As designers, we don’t have the magic bullet, but if we fail to consider how the places where we spend time affect us, we are missing a crucial opportunity for healthy, happy lives.