Games designers spend their days trying to create digital experiences that feel real. The Airbnb Environments team have built the opposite at its San Francisco HQ: a workspace that makes employees feel they are immersed in its vacation rental app.

“I thought about how to simulate the app experience,” explains creative director Aaron Taylor Harvey. “How can I bring the feeling of scrolling you get when you move your thumb up the screen into the physical experience of walking through space?”

Scrolling becomes strolling: glass-sided meeting rooms, each themed around a different Airbnb listing, are stacked two-deep along a ramp that descends towards the centre of the building. “They have a kind of flatness — maybe 2-and-a-half D. Now when you descend that ramp, you’re instantly embedded in the product experience, but also the workplace experience. You can see the variety in Airbnb and you can also see the action of the office. It has a quasi urban feel of density to it that’s really exciting.” The 20-person boardroom is a dining room in Stellenbosch, South Africa; other spaces recreate a cabin in the woods in Solnechnogorsk, Russia, a Shanghai loft, and a living room in Rio de Janeiro.

Each floor is also themed around one of four cities — Kyoto, Amsterdam, Jaipur, Buenos Aires — with a vibrant colour pallet and zones named for different neighbourhoods, and a cafe on every floor. “There are some pronunciation challenges, but it helps people to be reminded of the feeling of travelling,” says Harvey. Each zone accommodates 50 employees at custom-made sit-stand desks, a “garage” project space with a pull-down door, and “caves” for one-to-ones or video-conferencing.

Every non-structural element of the building was removed to enhance the atrium, from which a huge staircase connects the floors. “As an architect, it is rarely the right thing to do to create a giant white sweeping stair,” he concedes, “but this is one of those places where it actually made sense. It makes you feel, ‘I’m supposed to move up and use this whole space, not just stay on my floor’.”

Circulation routes fan out from the central core, “so you’re never sitting in a spot with hundreds of people walking by every day. You’re just with the people you work with and hearing the conversations you need to hear, and you can choose to move towards the centre.”

Harvey realized that the same hub-and-spoke layout is found at Disneyland, which has become something of a reference point. “It allows shortcuts between lands but also keeps them separate, so even though Disneyland is not very big, you have a sense of travel.” There are also a few of what Walt Disney called “weenies”. “It’s taken from the silent films, when they’d wave a sausage off-screen so a dog would look at it. For Disney, things like Space Mountain and the castle were weenies — they pulled you deeper into the space.”

The Future of the Workplace 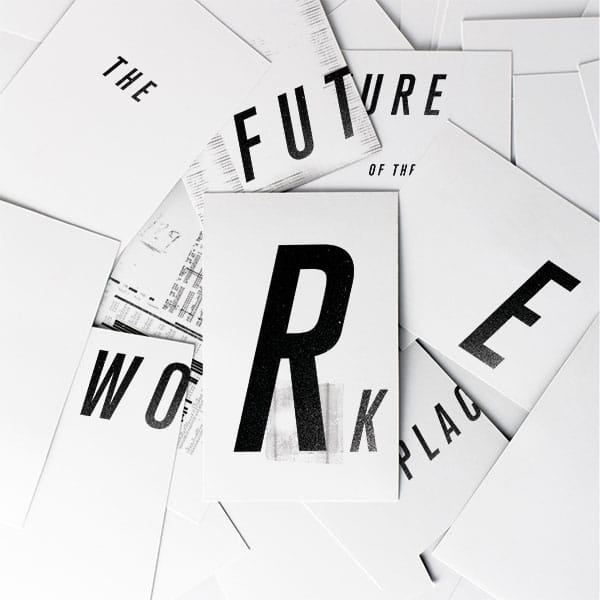 Is this the end of the office – or could it be the start of its finest hour? 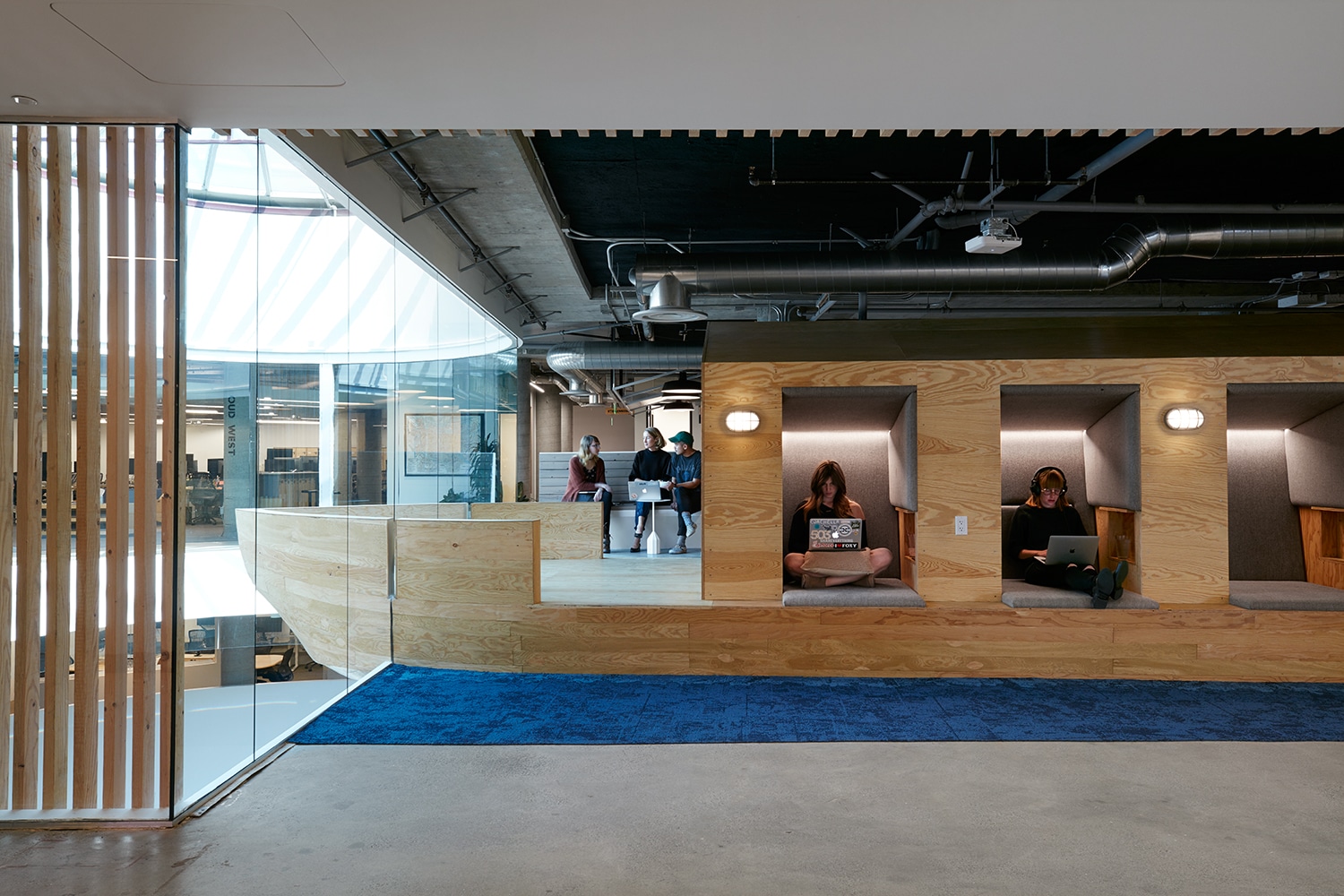 Airbnb’s most successful weenie is the Boat, projecting out over the atrium. Even though the 1,000-person building is still only two-thirds occupied, the Boat’s single-person “duck-in” spaces are almost always full, says Harvey. “Duck-ins are always successful wherever we are, but not like this. There is a feeling of excitement of getting to inhabit the Boat — you can tell people ‘I’m in the Boat’. That symbolism means a lot to people. It simplifies the mental picture they’ve painted of the place they work.”

The Boat offers privacy too. Harvey thinks that the need for privacy is underestimated, but that so is the need for cafe space. “I think people want very high-contrast environments that they can move between. Not just different-shaped furniture but real environmental change. Distraction is a result of there not being enough distinction, when the space isn’t telling people how to use it.”

Even though desks are still allocated, there are “standing landings” in each neighbourhood where anyone can pitch up, though not many people take advantage. “The desk and the meaning of the desk is great to people,” says Harvey. “It has incredible emotional value. The desk is a symbol from the employer of their commitment to you. You have to have a great deal of confidence not to feel that thing is valuable.”

If not a boat, how about a rainforest?

Amazon has just opened The Spheres at its campus in downtown Seattle, three interconnecting glass domes filled with more than 40,000 high-altitude tropical plants, where employees can hold meetings in treehouses and beside rivers and waterfalls. It is intended to “create an instant botanical immersion”, drawing on research linking biophilic design and creativity.

“You walk in and it’s like no workplace you’ve ever seen,” says Tom Marseille, national director of Built Ecology and managing director for WSP in Seattle, part of the team behind The Spheres. “It isn’t just a nice space, it’s an amenity that’s going to help attract and retain people because you’re giving them something unique.”

Creating a space that’s comfortable for both plants and people required sophisticated environmental and lighting systems, but they also had to be hidden, says Marseille. “This one took all of our engineering and design horsepower to deliver.” Just don’t look too closely at the fallen logs …

This article appeared in The Possible issue 03, as part of a longer feature on the future of the workplace